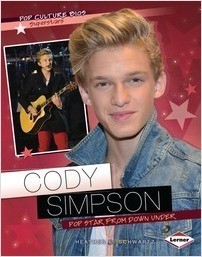 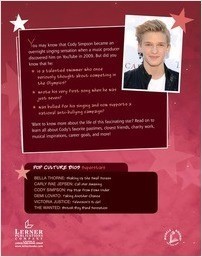 Pop Star from Down Under

You may know that Cody Simpson became an overnight singing sensation when a music producer discovered him on YouTube in 2009. But did you know that he:
• is a talented swimmer who once seriously thought about competing in the Olympics?
• wrote his very first song when he was just seven?
• was bullied for his singing and now supports a national anti-bullying campaign?

Want to know more about the life of this fascinating star? Read on to learn all about Cody’s favorite pastimes, closest friends, charity work, musical inspirations, career goals, and more!