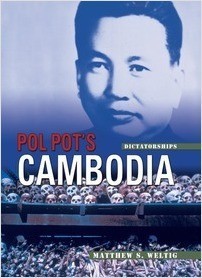 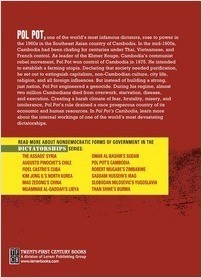 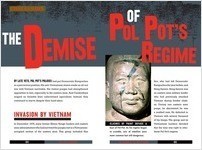 Pol Pot, one of the world’s most infamous dictators, rose to power in the 1960s in the Southeast Asian country of Cambodia. In the mid-1900s, Cambodia had been chafing for centuries under Thai, Vietnamese, and French control. As leader of the Khmer Rouge, Cambodia’s communist rebel movement, Pol Pot won control of Cambodia in 1975. He intended to establish a farming utopia. Declaring that society needed purification, he set out to extinguish capitalism, non-Cambodian culture, city life, religion, and all foreign influences. But instead of building a strong, just nation, Pol Pot engineered a genocide. During his regime, almost two million Cambodians died from overwork, starvation, disease, and execution. Creating a harsh climate of fear, brutality, misery, and intolerance, Pol Pot’s rule drained a once prosperous country of its economic and human resources. Read this book to learn more about the internal workings of one of the world’s most devastating dictatorships.