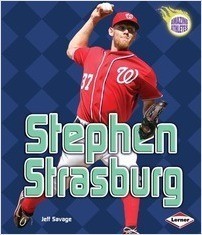 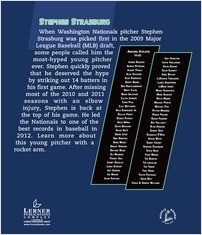 When Washington Nationals pitcher Stephen Strasburg was picked first in the 2009 Major League Baseball (MLB) draft, some people called him the most-hyped young pitcher ever. Stephen quickly proved that he deserved the hype by striking out 14 batters in his first game. After missing most of the 2010 and 2011 seasons with an elbow injury, Stephen is back at the top of his game. He led the Nationals to one of the best records in baseball in 2012. Learn more about this young pitcher with a rocket arm.