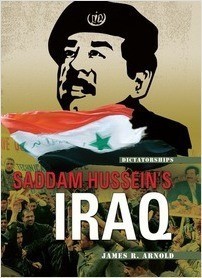 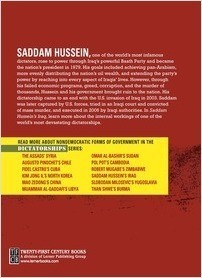 Saddam Hussein, one of the world’s most infamous dictators, rose to power through Iraq’s powerful Baath Party and became the nation’s president in 1979. His goals included achieving pan-Arabism, more evenly distributing the nation’s oil wealth, and extending the party’s power by reaching into every aspect of Iraqis’ lives. However, through his failed economic programs, greed, corruption, and the murder of thousands, Hussein and his government brought ruin to the nation. His dictatorship came to an end with the U.S. invasion of Iraq in 2003. Saddam was later captured by U.S. forces, tried in an Iraqi court and convicted of mass murder, and executed in 2006 by Iraqi authorities. Read this book to learn more about the internal workings of one of the world’s most devastating dictatorships.