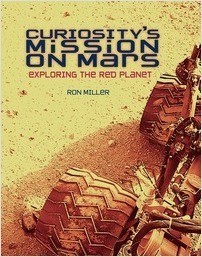 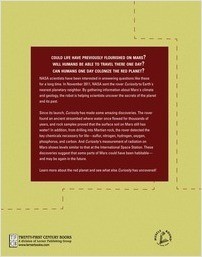 Could life have previously flourished on Mars? Will humans be able to travel there one day? Can humans one day colonize the red planet? NASA scientists have been interested in answering questions like these for a long time. In November 2011, NASA sent the rover Curiosity to Earth’s nearest planetary neighbor. By gathering information about Mars’s climate and geology, the robot is helping scientists uncover the secrets of the planet and its past.

Since its launch, Curiosity has made some amazing discoveries. The rover found an ancient streambed where water once flowed for thousands of years, and rock samples proved that the surface soil on Mars still has water! In addition, from drilling into Martian rock, the rover detected the key chemicals necessary for life—sulfur, nitrogen, hydrogen, oxygen, phosphorus, and carbon. And Curiosity’s measurement of radiation on Mars shows levels similar to that at the International Space Station. These discoveries suggest that some parts of Mars could have been habitable—and may be again in the future.

Learn more about the red planet and see what else Curiosity has uncovered!

“This book would support your STEM collection for students studying our neighboring planet, the methods of scientific discovery or the technology of space crafts.” —Library Media Connection

“Miller’s book is well written and visually appealing, skimming the surface on a lot of the information but effectively covering the history and future of Mars exploration.” —VOYA

“An informative, useful look at a current and ongoing mission to explore our nearest neighbor in the solar system.” —Kirkus Reviews