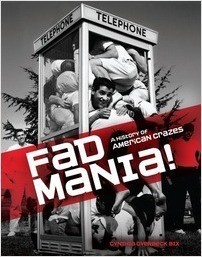 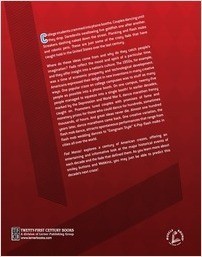 A History of American Crazes

College students crammed into phone booths. Couples dancing until they drop. Daredevils swallowing one live goldfish after another. Streakers dashing naked down the street. Planking and flash mobs and robotic pets. These are just some of the crazy fads that have caught hold in the United States over the last century.

Where do these ideas come from and why do they catch people’s imagination? Fads reflect the mood and spirit of a particular time, and they offer insight into a nation’s culture. The 1950s, for example, was a time of economic prosperity and technological development. Americans expressed their delight in new inventions in many creative ways. One popular craze on college campuses was to stuff as many people as possible into a phone booth. On one campus, twenty-five people managed to squeeze into a single booth! In earlier decades, marked by the Depression and World War II, dance marathon frenzy caught on. Promoters lured couples with promises of fame and monetary prizes for those who could dance for hundreds, sometimes thousands, of hours. And great ideas never die. Almost one hundred years later, dance marathons came back. One creative variation, the flash mob dance, attracts spontaneous performances that range from flash mob wedding dances to “Gangnam Style" K-Pop flash mobs in cities all over the world.

Fad Mania! explores a century of American crazes, offering an entertaining and informative look at the major historical events of each decade and the fads that defined them. As you learn more about smiley buttons and Webkinz, you may just be able to predict this decade’s next craze!

“[A] well-organized, readable survey of the American experience. This is a solid, fascinating, informational text that could be read to augment or stimulate research.”―Library Media Connection

“What lifts Bix’s work to a higher level is the way she sets the fads against realities that made escape into unbridled tomfoolery an act of sanity: the Great Depression, two world wars and those that followed, including the Iraq War, assassinations, Columbine and the Oklahoma City bombing.” —Kirkus Reviews

Cynthia Bix grew up in Baltimore, Maryland, where family visits to historical sites that dot the East Coast—including Old Sturbridge Village, Colonial Williamsburg, and Baltimore's own Fort McHenry—sparked her early interest in American history, crafts, and everyday life. After moving as a teenager to the San Francisco Bay Area, she added natural science—the world of plants, animals, and the environment—to her interests. She has been an avid reader ever since first grade, and there's always a stack of novels on her nightstand. (Sometimes she even sneaks in a reading session when she should be cooking dinner!) Cynthia loves to write about anything and everything. In her more than 30 nonfiction books for children and adults, she has written about such diverse subjects as carnivorous plants, the water cycle, flower gardens, and the Grand Canyon. She has also written how-to-do-it books about activities from planning a backyard cottage to making impressions of animal footprints! In addition to writing books and articles, Cynthia edits books for both children and adults.