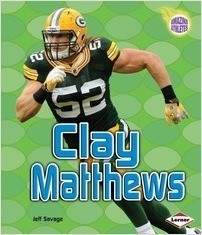 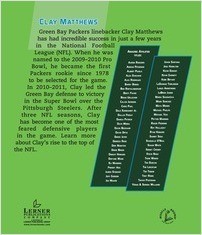 Green Bay Packers linebacker Clay Matthews has had incredible success in just a few years in the NFL. When he was named to the 2009-2010 Pro Bowl, he became the first Packers rookie since 1978 to be selected for the game. In 2010-2011, Clay led the Green Bay defense to victory in the Super Bowl over the Pittsburgh Steelers.