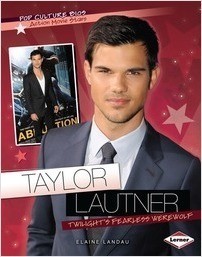 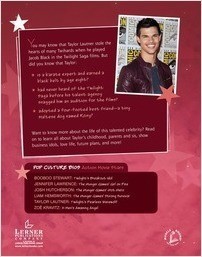 You may know that Taylor Lautner stole the hearts of many Twihards when he played Jacob Black in the Twilight Saga films. But did you know that Taylor:
• is a karate expert and earned a black belt by age eight?
• had never heard of the Twilight Saga before his talent agency snagged him an audition for the films?
• adopted a four-footed best friend—a tiny Maltese dog named Roxy?

Want to know more about the life of this talented celebrity? Read on to learn all about Taylor’s childhood, parents and sis, show business idols, love life, future plans, and more!