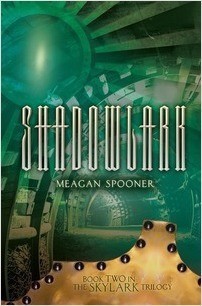 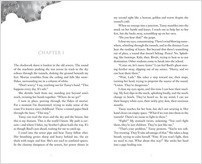 Ever since she escaped the city within the Wall, Lark Ainsley’s wanted one thing: to find her brother Basil. She’s always believed he would be the one to put an end to the constant fear and flight. And now, hidden underground in the chaotically magical city of Lethe, Lark feels closer to him than ever.

But Lethe is a city cowering in fear of its founder, the mysterious Prometheus, and of his private police force. To get the truth about Basil, Lark has no choice but to face Prometheus.

Facing her fears has become second nature to Lark. Facing the truth is another matter.

“This intriguing dystopian adventure’s depiction of the stand this strong female protagonist takes against the horrors of her world is fast-paced, compelling, and un-put-downable. Fans of the first novel will be delighted; those new to the trilogy will be as well, assisted by enough backstory to follow the action, and both groups will eagerly await the concluding volume.” —VOYA

“With its blend of dystopian, steampunk, and generally fantastical elements, Spooner’s follow up is even stronger and more gripping than the debut and is sure to ensnare further loyal readers.” —starred, Booklist

Meagan Spooner grew up reading and writing every spare moment of the day, while dreaming about life as an archaeologist, a marine biologist, an astronaut. She graduated from Hamilton College in New York with a degree in playwriting, and has spent several years since then living in Australia. She's traveled with her family all over the world to places like Egypt, South Africa, the Arctic, Greece, Antarctica, and the Galapagos, and there's a bit of every trip in every story she writes. She currently lives and writes in Northern Virginia, but the siren call of travel is hard to resist, and there's no telling how long she’ll stay there. In her spare time she plays guitar, plays video games, plays with her cat, and reads. You can visit her online at http://www.meaganspooner.com. 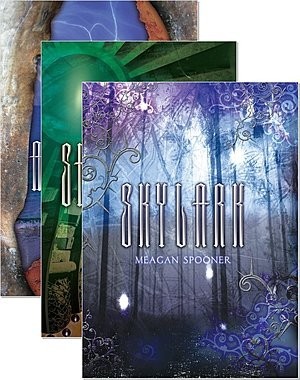