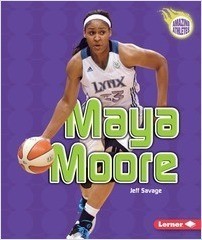 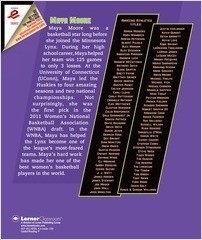 Maya Moore was a basketball star long before she joined the Minnesota Lynx. During her high school career, Maya helped her team win 125 games to only 3 losses. At the University of Connecticut (UConn), Maya led the Huskies to four amazing seasons and two national championships. Not surprisingly, she was the first pick in the 2011 Women’s National Basketball Association (WNBA) draft. In the WNBA, Maya has helped the Lynx become one of the league’s most-feared teams. Maya’s hard work has made her one of the best women’s basketball players in the world.