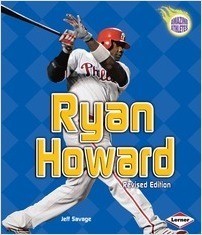 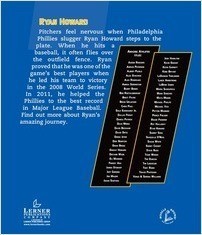 Pitchers feel nervous when Philadelphia Phillies slugger Ryan Howard steps to the plate. When he hits a baseball, it often flies over the outfield fence. Ryan proved that he was one of the game’s best players when he led his team to victory in the 2008 World Series. In 2011, he helped the Phillies to the best record in Major League Baseball. Find out more about Ryan’s amazing journey.