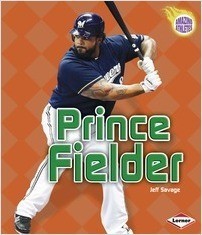 Detroit Tigers first baseman Prince Fielder was born to hit home runs. He spent his childhood at the ballpark with his dad, former Major League Baseball star Cecil Fielder. Like his father before him, Prince is one of the most-feared sluggers. In the 2007 season Prince hit 50 home runs, becoming the youngest player to ever reach that mark. In 2012, he became the second player to win the All-Star Home Run Derby twice. But Prince is more than just a big hitter. Learn more about Prince’s journey to baseball stardom.