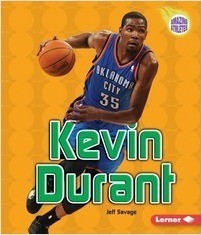 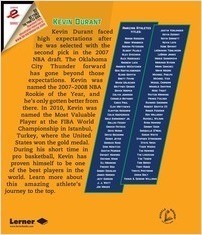 Kevin Durant faced high expectations after he was selected with the second pick in the 2007 NBA draft. The Oklahoma City Thunder forward has gone beyond those expectations. Kevin was named the 2007-2008 NBA Rookie of the Year, and he’s only gotten better from there. In 2010 Kevin was named the Most Valuable Player at the FIBA World Championship in Istanbul, Turkey, where the United States won the gold medal. During his short time in pro basketball, Kevin has proven himself to be one of the best players in the world. Learn more about this amazing athlete’s journey to the top.