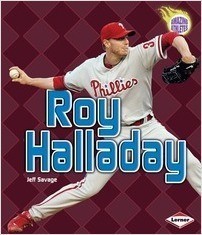 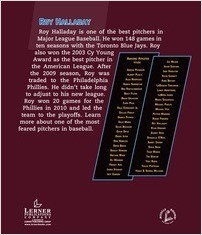 Roy Halladay is one of the best pitchers in Major League Baseball. He won 148 games in ten seasons with the Toronto Blue Jays. Roy also won the 2003 Cy Young Award as the best pitcher in the American League. After the 2009 season, Roy was traded to the Philadelphia Phillies. He didn’t take long to adjust to his new league. Roy won 20 games for the Phillies in 2010 and led the team to the playoffs. Learn more about one of the most feared pitchers in baseball.