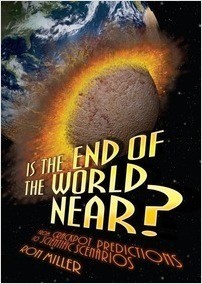 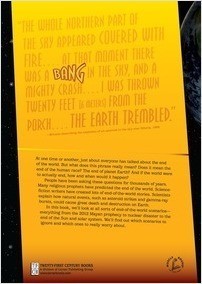 Is the End of the World Near?

From Crackpot Predictions to Scientific Scenarios

At one time or another, just about everyone has talked about the end of the world. But what does this phrase really mean? Does it mean the end of the human race? The end of planet Earth? The end of our Sun and solar system? And if the world were to actually end, how and when would it happen? People have been asking these questions for thousands of years. Many religious prophets have predicted the end of the world. Science-fiction writers have created lots of end-of-the-world stories. Scientists, too, talk about natural events that could destroy human life or planet Earth.

Some end-of-the-world events are dramatic. Imagine an asteroid slamming into Earth, creating a massive explosion. Other scenarios don’t involve a single, catastrophic event. For example, global warming is changing the planet and threatening people, plants, and animals. It might not bring about the end of the world, but it might change life as we know it. In this book, we’ll look at these scenarios and many more—everything from Mayan prophecy to nuclear disaster to the end of the universe. We’ll find out which scenarios to ignore and which ones to really worry about.

“This book will certainly grab the interest of middle-level students interested in curiosities and wonders.” —Library Media Connection

“In the introduction to Is the End of the World Near?, author Ron Miller makes a salient point: He states, ‘Is the world going to come to an end? The simple answer is yes.’ Although the rest of the book is filled with everything from ‘crackpot predictions’ to ‘scientific scenarios,’ readers immediately know that someday, ‘more than one billion years from now, the Sun will become much brighter and hotter,’ thus destroying life (and everything else) on planet Earth. This is an interesting text that explores different possibilities as they pertain to life and existence. The second chapter is devoted to the year 2012, which will certainly spark interest among some readers—are we really doomed in 2012? There is also the underlying question—are we dooming ourselves with pollution, the disappearance of fossil fuels, global warming, etc.? Or is doom in our DNA—is the Earth meant to last forever? This book is an awkward size; it certainly will not fit in a back pocket but the glossy pages may entice readers. Interesting pictures pepper almost every page and the book contains a timeline, glossary, and index. For burgeoning scientists, this may be a winner, but most teens will pick it up only if they are already asking the question, where are we going?” —VOYA

“Attractively designed and handsomely illustrated, this informative text introduces teens to many intriguing angles on a high-interest topic that should inspire many to further explore the subject.” —Kirkus Reviews