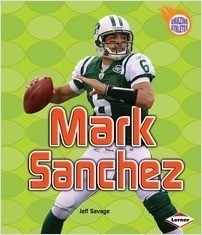 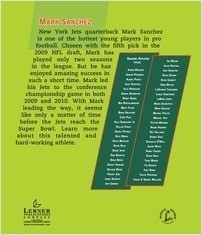 New York Jets quarterback Mark Sanchez is one of the hottest young players in pro football. Chosen with the fifth pick in the 2009 NFL draft, Mark has only played two seasons in the league. But he has enjoyed amazing success in such a short time. Mark led his Jets to the conference championship game in both 2009 and 2010. With Mark leading the way, it seems like only a matter of time before the Jets reach the Super Bowl. Learn more about this talented and hard-working athlete.