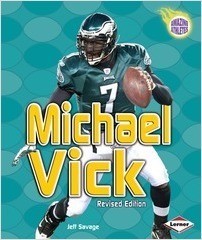 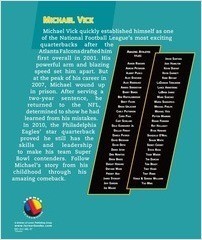 Michael Vick quickly established himself as one of the National Football League’s most exciting quarterbacks after the Atlanta Falcons drafted him first overall in 2001. His powerful arm and blazing speed set him apart. But at the peak of his career in 2007, Michael wound up in prison. After serving a two-year sentence, he returned to the NFL, determined to show he had learned from his mistakes. In 2010, the Philadelphia Eagles’ star quarterback proved he still has the skills and leadership to make his team Super Bowl contenders. Follow Michael’s story from his childhood through his amazing comeback.