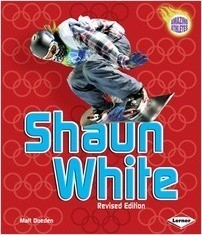 On snowboarder Shaun White’s first run on the halfpipe at the 2010 Winter Olympic Games in Vancouver, Canada, he set the high score and secured the gold medal. On his second run, which people called a “victory lap,” Shaun set an even higher score to destroy the competition. But Shaun is more than a two-time Olympic snowboarding champion. He’s also a world-class skateboarder. As the first person to compete in both the Summer and Winter X Games, Shaun is the biggest star in two sports. Learn more about his high-flying skills and unique personality.