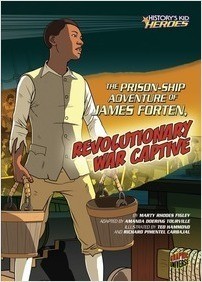 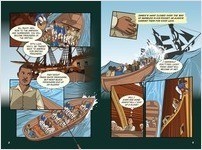 From the Series History's Kid Heroes

Captured at sea . . . a young man must choose between his country and his freedom.

The Atlantic Ocean, 1781. James Forten is a free African American sailor on an American ship, the Royal Louis, during the Revolutionary War. After his ship is captured by the British, he becomes a prisoner on the Amphion. James worries that he will be sold as a slave. Will James ever see his home again?