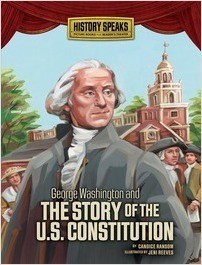 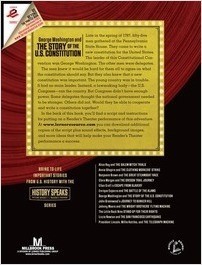 George Washington and the Story of the U.S. Constitution

Late in the spring of 1787, fifty-five men gathered at the Pennsylvania State House. They came to write a new constitution for the United States. The leader of this Constitutional Convention was George Washington. The other men were delegates.

The men knew it would be hard for them all to agree on what the constitution should say. But they also knew that a new constitution was important. The young country was in trouble. It had no main leader. Instead, a lawmaking body—the U.S. Congress—ran the country. But Congress didn’t have enough power. Some delegates thought the national government needed to be stronger. Others did not. Would they be able to cooperate and write a constitution together?

Jeni Reeves is a painter and children's book illustrator with a background in communication and fine arts. Her illustrated picture books include authors' stories about world culture, history, biography, and folklore. Travel and study fuel Jeni's work, as does an abiding interest in history and language.