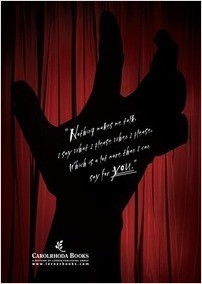 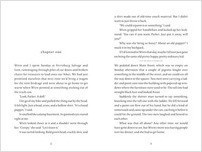 You Will Call Me Drog

Parker is a normal sixth grader—or he was normal before the puppet. It’s just an old hand puppet, sticking out of a garbage can, and even though Parker’s best friend says leave it, Parker brings the puppet home and tries it on. Or maybe it tries him on. “You will call me Drog!” the puppet commands once they’re alone. And now, no matter how hard Parker tries, he can’t get Drog off his hand.

Drog is sarcastic, cruel, unpredictable, and loud—everything Parker isn’t. Worse yet, no one believes that Drog—not Parker—is the one saying the outrageous things that get Parker into trouble. Then Drog starts sharpening his snarky wit on the most fragile parts of Parker’s life—like his parents’ divorce. Parker’s shocked, but deep down he agrees with Drog a little. Perhaps Drog is saying things Parker wants to say after all.

Maybe the only way to get rid of Drog is to truly listen to him.

“Sometimes humorous, sometimes violent, but most often serious, this fine debut novel will appeal to young readers on many levels.” —Library Media Connection

“There is nothing else out there quite like this, and Cowing shifts fluidly from sensitive drama to startling violence to high comedy…. A unique look at speaking your mind.” —Booklist

“Drog gives new meaning to the phrase ‘hand-puppet’ as he attaches his ancient self to a bewildered boy in this inventive tale of puppetry and empowerment.” —Richard Peck

“I could come up with a boatload of glitzy stuff to say about You Will Call Me Drog. Truly, it would be a pleasure. But I’m going to keep it simple. I loved this book because it engaged my emotions. And that’s why I read, to be moved, to be touched. This book doesn’t need glitz. It stands on its own. Loved it.” —Graham Salisbury, author of Under the Blood-Red Sun

“Strange, Creepy, Amazing! Parker’s life is a blend of everyday reality and complete, unexplainable weirdness. All he wants is to find a way to be himself. " —Kathleen Duey, National Book Award finalist

“What a great book! Drog is the anti-Pinocchio of middle school. He tells the truth! But reader beware: DROG is hard to put down. A laugh out loud story about a sassy puppet and the boy who gloved him. (Sorry, Drog made me do it!!) Kudos, Sue Cowing. You pulled it off!” —John H. Ritter, author of The Boy Who Saved Baseball

Sue Cowing grew up in Galesburg, Illinois, home of Carl Sandburg, but she now lives and writes in Honolulu. Her first love was poetry. She has published two books of poetry, Fire In the Sea: An Anthology of Poetry and Art, which she edited, and My Dog Has Flies: Poetry for Hawaii's Kids, a collection of her own, humorous poems. She currently writes primarily children's fiction and has published poems and stories in Cricket and Spider magazines. You Will Call Me Drog is her debut children's novel.