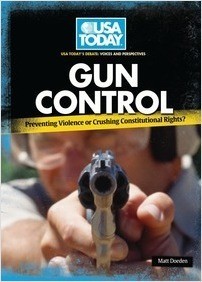 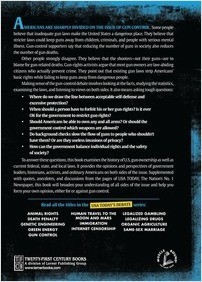 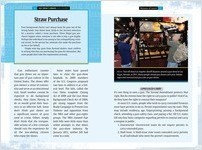 Americans are sharply divided on the issue of gun control. Some people believe that inadequate gun laws make the United States a dangerous place. They believe that stricter laws could keep guns away from children, criminals, and people with serious mental illness. Gun-control supporters say that reducing the number of guns in society also reduces the number of gun deaths.

Other people strongly disagree. They believe that the shooters—not their guns—are to blame for gun-related deaths. Gun-rights activists argue that most gun owners are law-abiding citizens who actually prevent crime. They point out that existing gun laws strip Americans’ basic rights while failing to keep guns away from dangerous people.

Making sense of the gun-control debate involves looking at the facts, studying the statistics, examining the laws, and listening to views on both sides. It also means asking tough questions:

• Where do we draw the line between acceptable self-defense and excessive protection?
• When should a person have to forfeit his or her gun rights? Is it ever OK for the government to restrict gun rights?
• Should Americans be able to own any and all arms? Or should the government control which weapons are allowed?
• Do background checks slow the flow of guns to people who shouldn’t have them? Or are they useless invasions of privacy?
• How can the government balance individual rights and the safety of society?

To answer these questions, this book examines the history of U.S. gun ownership as well as current federal, state, and local laws. It provides the opinions and perspectives of government leaders, historians, activists, and ordinary Americans on both sides of the issue. Supplemented with quotes, anecdotes, and discussions from the pages of USA TODAY, The Nation’s No. 1 Newspaper, this book will broaden your understanding of all sides of the issue and help you form your own opinion, either for or against gun control.

“In the USA Today’s Debate: Voices and Perspectives series, hot topics are sure to invite passionate discussion on all sides, especially since the arguments pro and con are rooted in today’s headlines even as they hearken back to the Constitution and landmark historical events.” —Booklist