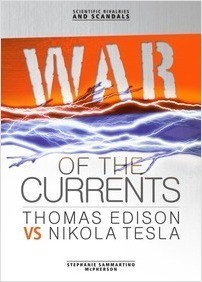 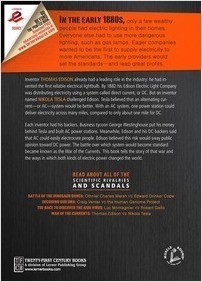 War of the Currents

In the early 1880s, only a few wealthy people had electric lighting in their homes. Everyone else had use more dangerous lighting, such as gas lamps. Eager companies wanted to be the first to supply electricity to more Americans. The early providers would set the standards—and reap great profits.

Inventor Thomas Edison already had a leading role in the industry: he had invented the first reliable electrical lightbulb. By 1882 his Edison Electric Light Company was distributing electricity using a system called direct current, or DC. But an inventor named Nikola Tesla challenged Edison. Tesla believed that an alternating current—or AC—system would be better. With an AC system, one power station could deliver electricity across many miles, compared to only about one mile for DC.

Each inventor had his backers. Business tycoon George Westinghouse put his money behind Tesla and built AC power stations. Meanwhile, Edison and his DC backers said that AC could easily electrocute people. Edison believed this risk would sway public opinion toward DC power.

The battle over which system would become standard became known as the War of the Currents. This exciting book tells the story of that war, the people who fought it, and the ways in which both kinds of electric power changed the world. 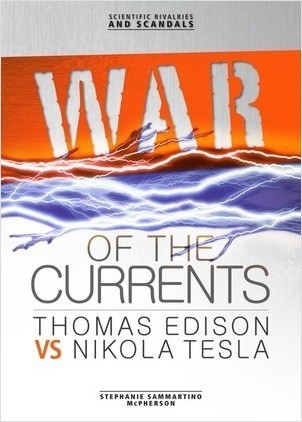