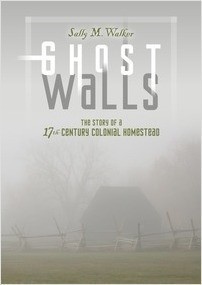 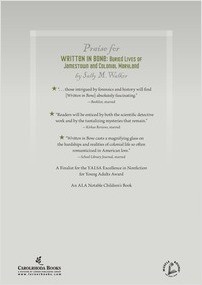 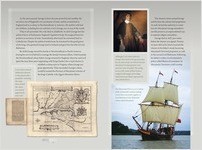 The Story of a 17th-Century Colonial Homestead

In 1638, John Lewger made a home in the wilderness of the New World, in a place called Maryland. He named his house St. John’s, and for nearly eighty years, it was the center of an ambitious English plan to build a new kind of community on American soil. Men and women lived and worked within its walls. Babies were born. Last breaths drawn. St. John’s walls witnessed the first stirrings of the great struggles that would dominate the continent for the next three centuries: The unimaginable wealth of the New World’s crops and natural resources. The promise of religious tolerance under a new model of government. The injustice of slavery. The betrayal of native peoples. The struggle for equality between men and women. If St. John’s walls could have talked, they would have spoken volumes of American history.

And then the walls crumbled. One hundred years after it was built, St. John’s House had been abandoned. The buildings slowly deteriorated, returning to the Maryland soil to be plowed under by generations of Maryland farmers. St. John’s walls were silent for more than two centuries, little more than ghosts haunting the historical and archeological records.

But they weren’t lost. Not entirely.

Award-winning author Sally M. Walker tells the story of how teams of scientists and historians managed to hear the ghostly echoes of St. John’s House and, over the course of decades of painstaking work, made them speak their stories again.

“Teens fascinated by archaeological fieldwork will appreciate Walker’s inclusion not only of the dig but the reasoning behind many of the archaeologists’ conclusions (often tentative and changeable) concerning use of space and artifacts.” —The Bulletin of the Center for Children’s Books

“The author’s considerable skill at bringing historical stories to life is on display.” —Kirkus Reviews

In 1638, John Lewger made a home in the wilderness of the New World, in a place called Maryland. He named his house St. John’s, and for nearly eighty years, it was the center of an ambitious English plan to build a new kind of community on American soil. Men and women lived and… View available downloads →