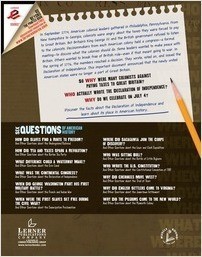 What Was the Continental Congress?

And Other Questions about the Declaration of Independence

In September 1774, American colonial leaders gathered in Philadelphia, Pennsylvania. From New Hampshire to Georgia, colonists were angry about the taxes they were forced to pay to Great Britain. But Britain’s King George III and the British government refused to listen to the colonists. Decisionmakers from each American colony held a congress—a formal meeting—to discuss what the colonies should do. Some leaders wanted to make peace with Britain. Others wanted to break free of British rule—even if that meant going to war. In the spring of 1776, the members reached a decision. They wrote, voted on, and issued the Declaration of Independence. This important document announced that the newly united American states were no longer a part of Great Britain.

So why were many colonists against paying taxes to Great Britain?
Who actually wrote the Declaration of Independence?
Why do we celebrate on July 4?

Discover the facts about the Declaration of Independence and learn about its place in American history.

Explore pivotal moments in US history, from colonial times to the Civil War. Discover the who, what, where, when, why, and how of important events such as the Pilgrims settling at Plymouth, Massachusetts, and Abraham Lincoln issuing the Emancipation Proclamation. Writing exercises at the… View available downloads → 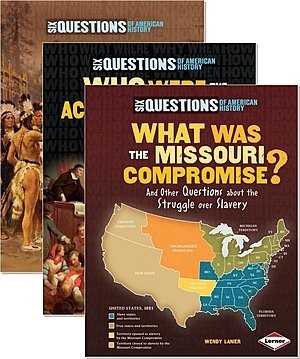