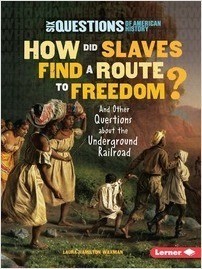 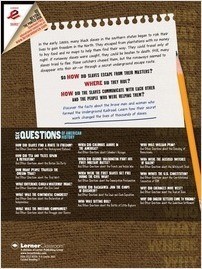 How Did Slaves Find a Route to Freedom?

And Other Questions about the Underground Railroad

In the early 1800s, many black slaves in the southern states began to risk their lives to gain freedom in the North. They escaped from plantations with no money to buy food and no maps to help them find their way. They could travel only at night. If runaway slaves were caught, they could be beaten to death. Still, many slaves tried to flee. Slave catchers chased them, but the runaways seemed to disappear into thin air—or through a secret underground escape route. So how did slaves escape from their masters? Where did they hide? How did the slaves communicate with each other and the people who were helping them? Discover the facts about the brave men and women who formed the Underground Railroad. Learn how their secret work changed the lives of thousands of slaves.