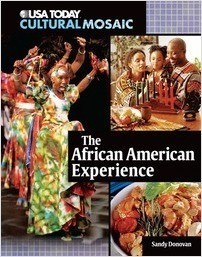 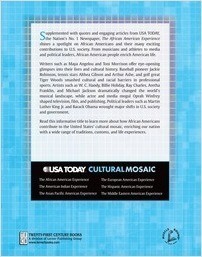 Supplemented with quotes and engaging articles from USA TODAY, the Nation’s No. 1 Newspaper, The African American Experience shines a spotlight on African Americans and their many exciting contributions to U.S. society. From musicians and athletes to media and political leaders, African American people enrich American life.

Read this informative title to learn more about how African Americans contribute to the United States’ cultural mosaic, enriching our nation with a wide range of traditions, customs, and life experiences.