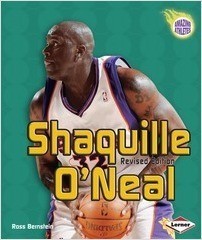 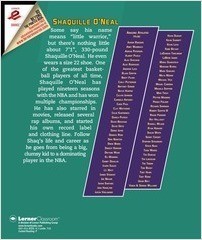 Some say his name means “little warrior,” but there’s nothing little about 7’1”, 330-pound Shaquille O’Neal. He even wears a size 22 shoe. One of the greatest basketball players of all time, Shaquille O’Neal has played sixteen seasons with the NBA and has won multiple championships. He has also starred in movies, released several rap albums, and started his own record label and clothing line. Follow Shaq’s life and career as he goes from being a big, clumsy kid to the NBA’s most dominating player.