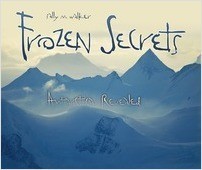 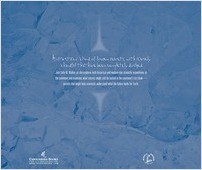 Studying Antarctica has never been for the fainthearted.

“Hereabouts died a very gallant gentleman, Captain L. E. G. Oates of the Inniskilling Dragoons. In March 1912, returning from the Pole, he walked willingly to his death in a blizzard to try to save his comrades, beset by hardship.”
—Inscription on a cross placed near presumed final resting place of Antarctic explorer Lawrence “Titus” Oates, The Terra Nova Expedition, 1910-1913

“When the ice cracks, it can sound like massive thunder rolls that seem to go on forever. If it is a serious cracking in the ice, it literally sounds like canon shots.”
—Eighth-grade science teacher and Antarctic diver Robin Ellwood, Lake Ecosystems in Antarctica Project, 2008-2009

Humanity’s fascination with the land at the bottom of the globe dates back at least to the ancient Romans, who imagined Terra Australis Incognita—the “unknown southern land”—and drew it on their maps even though no one had ever seen it. It took a thousand years for this unknown land to become known. Despite the many people who have since visited it, conquering the Antarctic frontier is a never-ending challenge that calls scientists and explorers to risk their lives in the pursuit of knowledge.

Frozen Secrets is the tale of a continent, the inside story of the critical, cutting-edge research that brave men and women from around the world have done and still do in Antarctica. Sally M. Walker traces expeditions from the earliest explorers to today’s research stations, where contemporary scientists work in some of the harshest conditions on Earth.

Whether they study the formation of polar ice or the stratigraphy of ancient rock or the fossils of newly discovered dinosaurs or the chemistry of air trapped in miniscule frozen bubbles, the scientists working in Antarctica are building a body of knowledge that will influence future generations as they make choices that could affect the course of the whole planet.

“The narrative remains lively and engaging, complemented by an array of photographs, illustrations, and maps.” —The Horn Book Guide

In a wide-angle survey of our least-explored continent, the author of Written in Bone (2009) and other perceptive accounts of researchers in the field examines the methods and discoveries of scientists studying Antarctica’s geophysics, prehistory, biota, and long- and short-range climatic variations. . . . Walker profiles major and ongoing research projects that enhance the recent biographies of Shackleton and his ilk and the plethora of books about penguins." —Booklist

“Older readers will enjoy the book for its in-depth coverage, while younger readers will benefit from this as both a leisure reading and informational book.” —Library Media Connection

“All of Walker’s impressive writing talents are on display in this book on the frozen continent. . . . With its superb design and Walker’s gripping prose, this book will draw readers in and keep them involved.” —School Library Journal

“Walker investigates the scientific mysteries of Antarctica with her characteristic depth and insight…. Despite conveying lots of technical information, Walker’s narrative remains lively and engaging.” —The Horn Book Magazine

“Informative, insightful and engaging, this is an exceptional introduction to our southernmost continent.” —Kirkus Reviews

“This is another well-documented book from Sally M. Walker! This beautifully illustrated book documents the work of Earth and life scientists as they discover the history and future of the frozen continent.” —NSTA