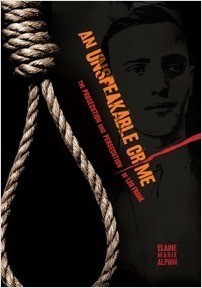 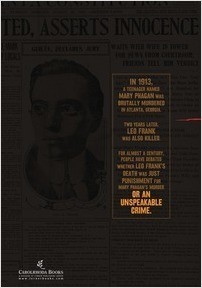 The Prosecution and Persecution of Leo Frank

Was an innocent man wrongly accused of murder? On April 26, 1913, thirteen-year-old Mary Phagan planned to meet friends at a parade in Atlanta, Georgia. But first she stopped at the pencil factory where she worked to pick up her paycheck. Mary never left the building alive. A black watchman found Mary’s body brutally beaten and raped. Police arrested the watchman, but they weren’t satisfied that he was the killer. Then they paid a visit to Leo Frank, the factory’s superintendent, who was both a northerner and a Jew. Spurred on by the media frenzy and prejudices of the time, the detectives made Frank their prime suspect, one whose conviction would soothe the city’s anger over the death of a young white girl. The prosecution of Leo Frank was front-page news for two years, and Frank’s lynching is still one of the most controversial incidents of the twentieth century. It marks a turning point in the history of racial and religious hatred in America, leading directly to the founding of the Anti-Defamation League and to the rebirth of the modern Ku Klux Klan. Relying on primary source documents and painstaking research, award-winning novelist Elaine Alphin tells the true story of justice undone in America.

“By any measure the 1913 murder of teenage Mary Phagan was an ugly incident, just as by any measure the lunching of Leo Frank, a Jew, for the crime was equally horrific. Elaine Marie Alphin directs the story to a teen audience—teenagers being conspicuous players in the drama—and respectfully calls upon their rock-solid sense of justice to give them insight into this iconic piece of American jurisprudence gone wrong. Delving into archival material, numerous photographs included, Alphin thought she would be most moved by Frank’s letters to his wife, but it was real time that brought her up short. ‘I was shattered to see Mary Phagan’s grave decorated with flowers and teddy bears, many of them recent although she had been murdered nearly a century earlier,’ she says. ‘And I was chilled to see only two small plaques marking the site of Leo Frank’s lynching, set too high for vandalism even after all this time.’”
—Kirkus Reviews

“[T]his recounting of an injustice is as haunting as the author contends. Well-placed period photos and reproductions add immediacy to the text.”
—School Library Journal

“This detailed, fully documented account tells of the trial and lynching of a Jewish factory superintendent, falsely accused of the 1913 rape and murder of teenager Mary Phagan in Atlanta.”
—Booklist

“Alphin does a creditable job of unraveling the mess the trial became, a tangle of ‘lies heaped on lies,’ and the rightly ambiguous title leaves readers wondering about two unspeakable crimes – the murder and the public lynching of Leo Frank. Each chapter opens with a dramatic quotation, and period photographs and reprints of newspaper stories contribute to a thorough accounting of a city’s judicial system at its worst. Fans of legal thrillers and courtroom dramas will find this outstanding.”
—Kirkus