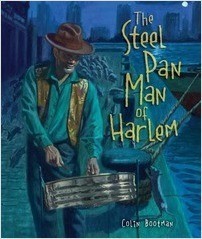 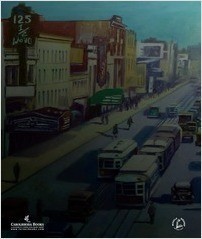 Once upon a time in the city of Harlem, there was a terrible problem. Rats had taken over the city. They were everywhere―subways, restaurants, even people’s homes! The mayor didn’t know what to do. Then one day a stranger stepped off the subway and began playing a melody on a simple steel pan. People began to dance. The man went to the mayor and told him he could play many melodies, including one that would solve Harlem’s rat problem―for a price. The mayor had no choice. He agreed. The man was true to his word. He played a melody to drive away the rats. But the mayor refused to keep his word. The man with the steel pan had no choice. He played the mayor another tune for another purpose. . . . A captivating retelling of The Pied Piper of Hamelin, set in the Harlem Renaissance.

“Bootman (Fish for the Grand Lady) triumphs with this gorgeously moody, thoroughly cinematic retelling of the Pied Piper of Hamelin, ingeniously set during the Harlem Renaissance and starring a mysterious musician from the Caribbean. . . With text that beautifully embellishes the pictures, and a far happier and more politically relevant ending than the original (after Harlem’s white mayor reneges on his promise to pay the musician for driving out the rats, he’s seen fox-trotting out of town, never to be seen again), this book has all the makings of a spellbinder.” —Publishers Weekly

“Bootman’s full-color paintings are full of life and his steel pan man has quite a gleam in his eye. A great way to revitalize a well-known tale.” —School Library Journal