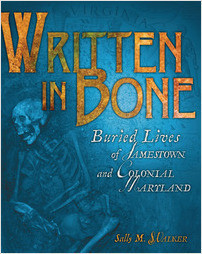 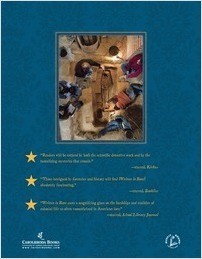 Bright white teeth. Straight leg bones. Awkwardly contorted arm bones. On a hot summer day in 2005, Dr. Douglas Owsley of the Smithsonian Institution peered into an excavated grave, carefully examining the fragile skeleton that had been buried there for four hundred years. “He was about fifteen years old when he died. And he was European,” Owsley concluded. But how did he know? Just as forensic scientists use their knowledge of human remains to help solve crimes, they use similar skills to solve the mysteries of the long-ago past. Join author Sally M. Walker as she works alongside the scientists investigating colonial-era graves near Jamestown, Virginia, as well as other sites in Maryland. As you follow their investigations, she’ll introduce you to what scientists believe are the lives of a teenage boy, a ship’s captain, an indentured servant, a colonial official and his family, and an enslaved African girl. All are reaching beyond the grave to tell us their stories, which are written in bone.

“. . .those intrigued by forensics and history will find [Written in Bone] absolutely fascinating.” —Booklist

“Readers will be enticed by both the scientific detective work and by the tantalizing mysteries that remain.” —Kirkus Reviews

“Written in Bone casts a magnifying glass on the hardships and realities of colonial life so often romanticized in American lore.” —School Library Journal