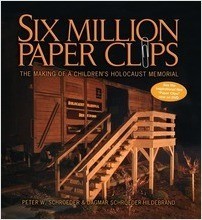 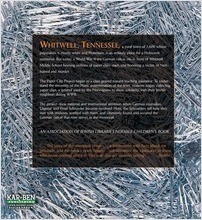 The Making of a Children's Holocaust Memorial

At a middle school in a small, all white, all Protestant town in Tennessee, a special after-school class was started to teach the kids about the Holocaust, and the importance of tolerance. The students had a hard time imagining what six million was (the number of Jews the Nazis killed), so they decided to collect six million paperclips, a symbol used by the Norwegians to show solidarity with their Jewish neighbors during World War II. German journalists Dagmar and Peter Schroeder, whose involvement brought the project international attention, tell the dramatic story of how the Paper Clip Project grew, culminating in the creation of The Children’s Holocaust Memorial.

" . . . a moving, inspiring story, with much to teach youngsters, not only about the Holocaust itself, but about how individuals can make a difference . . . " —Chicago Jewish Star

" . . . a unique project to memorialize the Shoah." —Chicago Jewish Star