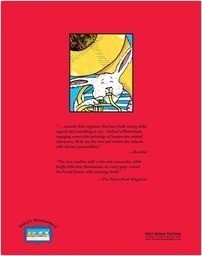 Loudmouth George has just started playing the coronet and he’s awful! Awful—according to everyone but George, who thinks he’s the best coronet player ever born. George is full of hot air, but it’s hard not to admire his complete lack of self-consciousness. George is soon on to big, better, and LOUDER things

Nancy Carlson is the author and illustrator of over 60 picture books including bestseller I Like Me! Nancy graduated from the Minneapolis College of Art and Design. When Nancy is not drawing pictures and writing stories you can find her hiking, biking, or playing golf!