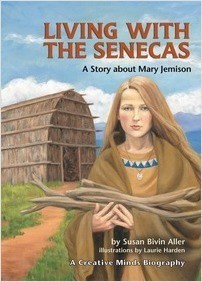 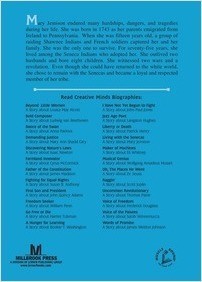 Living with the Senecas

A Story about Mary Jemison

Mary Jemison was born in 1743 as her parents emigrated from Ireland to Pennsylvania. When she was fifteen years old, a group of raiding Shawnee Indians and French soldiers captured her and her family. She was the only one to survive. For seventy-five years, she lived among the Seneca Indians who adopted her. She outlived two husbands and bore eight children. She witnessed two wars and a revolution. Even though she could have returned to the white world, she chose to remain with the Senecas and became a loyal and respected member of her tribe.