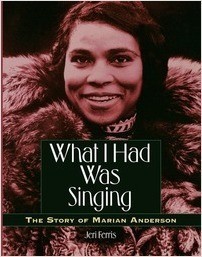 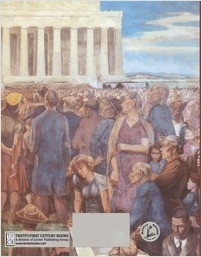 What I Had Was Singing

The Story of Marian Anderson

Even as a little child, Marian Anderson knew what she wanted to do. More than anything in the world, she wanted to sing. From the age of six, Marian amazed her listeners with the beauty of her voice. All through her long life, what Marian Anderson had was a gift for singing. But she had other gifts as well. When she faced discrimination, Marian gave us all the gift of her example. At a time when fear and hatred divided the nation, Marian showed dignity and grace. And at a time in America when racial prejudice denied black Americans a place in classical music, Marian forged a career as the greatest contralto of her time. Marian was famous around the world long before the great Civil Rights struggles of the 1950s. And though she never spoke publicly against discrimination, her action and her beautiful voice spoke louder than words.

“. . .eloquently portrayed. . . With many anecdotes from the singer’s own recollections, meticulously researched, and told in moving but unsentimental prose. . .”
—Kirkus Reviews