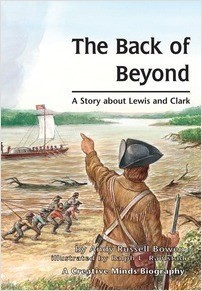 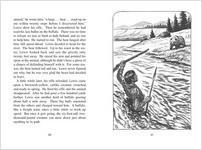 The Back of Beyond

A Story about Lewis and Clark

In 1803, Meriwether Lewis was offered the chance of a lifetime. The president of the United States, Thomas Jefferson, asked him to lead an expedition across North America, through the Louisiana Territory and Oregon Country to the Pacific Ocean. Lewis jumped at the opportunity and called on his friend William Clark to share in the command of the exploration. The two men organized a small unit of volunteers they called the Corps of Discovery. They had little idea of what dangers lay ahead in the mysterious lands. Would they be attacked by wild animals? Could they survive winter’s harsh weather? On May 21, 1804, the Lewis and Clark expedition embarked on one of the greatest adventures of all time. they would change the country forever, as they traveled into the Back of Beyond.

“This readable book imparts the essence of such a trek. . . Numerous full-page black-and-white illustrations add to the tale.”
—Booklist

“Written in easy-to-read, short chapters, this book is certain to please those faced with a history report or those who just enjoy an exploration of their own.”
—Christian Library Journal