Two-time Eisner nominee Lee Nordling is an award-winning writer, editor, and creative director who has worked on staff at Disney Publishing, DC Comics, and Nickelodeon Magazine. His book The Bramble won the 2013 Moonbeam Gold Medal for Picture Books (ages 4-8), and BirdCatDog, an Eisner Award nominee, was chosen by Kirkus Reviews as one of the best children’s books of 2014, and won the Moonbeam Spirit Award for Imagination. The third book in his Three-Story Book series, SheHeWe, was a 2016 Eisner Award nominee. His current Game for Adventure series—beginning with Andrew the Seeker, and Belinda the Unbeatable, the latter garnering two starred reviews from Booklist and Kirkus—concludes in Spring 2018 with Chavo the Invisible. He lives in Sacramento, California with his wife, Cheri, and numerous pets that earn their kibble by offering inspiration.

My aunt gave me a subscription to Walt Disney’s Comics and Stories, and I remember the thrill of getting it in the mail each month for the next year. Then the subscription ran out, and I learned nothing lasts forever. At a younger age, I was really fond of The Cat In the Hat. The first chapter books I recall liking were The Hardy Boys and Mr. Popper’s Penguins. Older still, I liked Edgar Rice Burroughs, Robert E. Howard, and The Lord of the Rings.

The first line of Rafael Sabatini’s Scaramouche, “He was born with the gift of laughter and the sense that the world was mad.” I know that’s not a children’s book, but the line inspires me do the best I can, while maintaining perspective.

My favorite authors of older material are Dashiell Hammett, John Scalzi, and Neil Gaiman. It’s a shifting list, but that’s where I am right now. Moving to writers for younger readers, I still love the work of Lloyd Alexander, Neil Gaiman makes the list again, and the early work of Susan Cooper probably squeaks to the top.

Early on, I don’t think I consciously thought, “I want to be a cartoonist or writer or artist.” I just did the stuff. I saw stuff I loved and did my own versions of it. When I was about ten, I saw a film called Comedy of Terrors with Vincent Price, and wrote and drew Lee Nordling’s Book of Comical Horrors. Looking back, it’s interesting and amusing that I put my name above the title. I was inspired by the work of Big Daddy Roth and his hotrod cartoons, so I copied his cartoons onto T-shirts for money; I was an enterprising child, and sold comics on my lawn for more than I paid for them in the first place. This is before most people new old comics had any value, and my dad was shocked that I got away with it. I’m still shocked that I stapled my best comics onto a board so people could see them. That’s what I did to my #1 copies of The Amazing Spider-Man, Fantastic Four, X-Men, and Daredevil. I recall the guy who bought them from me for a dollar was pretty mad about what I’d done to them; I didn’t care, because I got my dollar. When I was in junior high, now called middle school, I drew and colored a Dr. Seuss-inspired piece, which was selected for a student art show. My art was on display for everybody to admire; I was so proud. I started thinking about becoming a professional cartoonist in high school, became involved in science fiction fandom, wrote short stories, wrote and drew comic strips, and by the time I went to university, I knew what I wanted to do. Over forty years later, it’s still what I want to do.

1. Love it or leave it. 2. Learn the craft and business side of the industry; talent will only get you so far. 3. There’s always somebody better than you, so work on the best possible “you.” If you are your own toughest critic and make yourself ready for every opportunity, you’ll continue to grow. 4. Persevere, and remember that the work is more fun and fulfilling than flipping burgers. 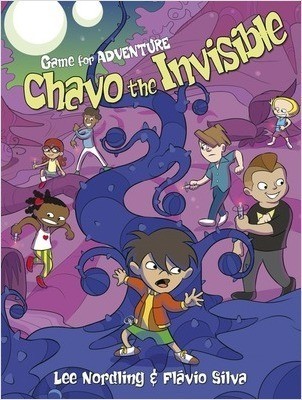 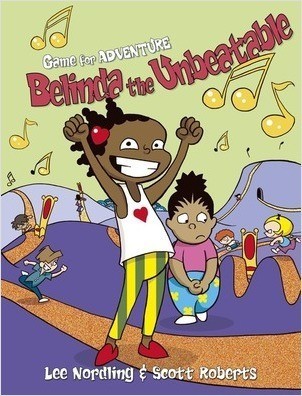 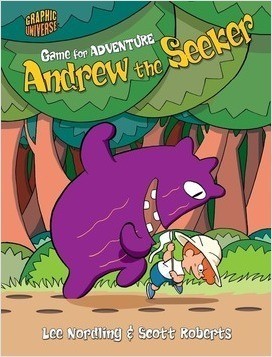 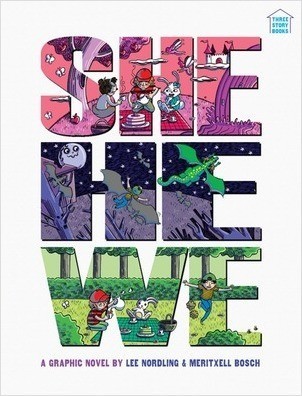 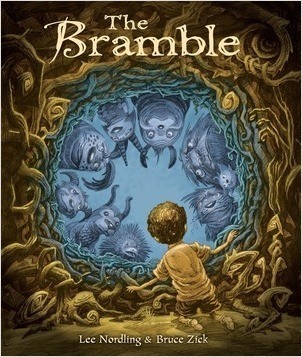 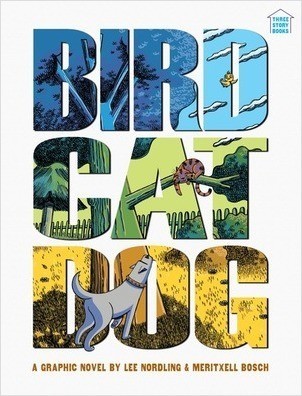 Browse all titles by Lee Nordling →