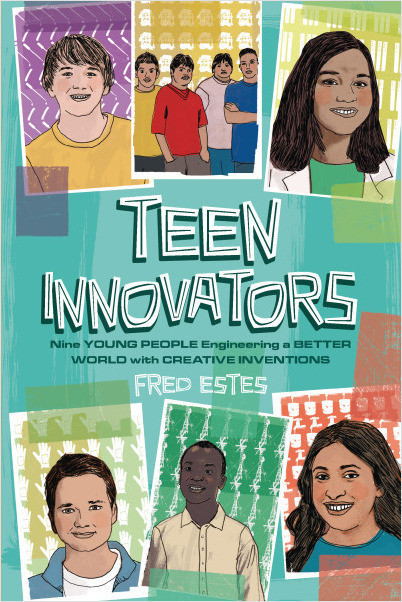 Teen Innovators tells the stories of discovery and the inventions of nine young students.

For example, twelve-year-old Gitanjali Rao, appalled by the tragedy in Flint, Michigan, found a cheaper, more effective way to test for lead in drinking water. Four undocumented teenagers from an underfunded high school in Phoenix built an underwater robot from spare and found parts. Substituting hard work and creative thinking for money and expensive equipment, they won a national robotics competition, beating a well-funded team from MIT. At fifteen, William Kamkwamba used materials from junkyards near his home in Malawai to build a windmill to generate electricity and pump water for his village.

While each profile tells a different story, the reader soon sees the common threads of determination and ingenuity. Stories include:

Science educator and professor Fred Estes explores the motivation, challenges, and lives of these teen scientists and explains the science behind each invention simply and clearly. Readers will see how the science they study today in school relates to these important discoveries.