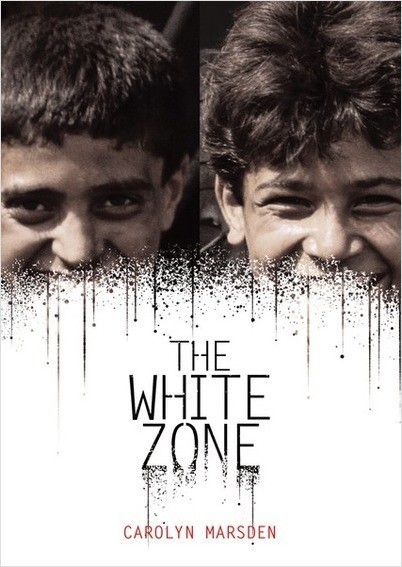 Nouri and his cousin Talib can only vaguely remember a time before tanks rumbled over the streets of their Baghdad neighborhood—when books, not bombs, ruled Mutanabbi Street. War has been the backdrop of their young lives. And now Iraq isn’t just at war with Americans. It’s at war with itself. Sunnis fight Shiites, and the strife is at the boys’ doorsteps. Nouri is Shiite and Talib is half Sunni. To the boys, it seems like only a miracle can mend the rift that is tearing a country and a family apart.

In early 2008, Iraq experienced a miracle. Snow fell in Baghdad for the first time in living memory. As snow covered the dusty streets, the guns in the city grew silent and there was an unofficial ceasefire. During these magical minutes, Sunni and Shiite differences were forgotten. There was no green zone, no red zone. There was only the white zone.

Against this real-life backdrop, Nouri and Talib begin to imagine a world after the war.