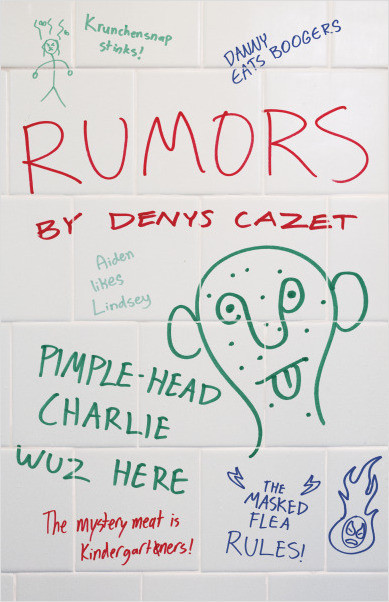 When Russell makes a deal with the Ms. Krunchensnap, the muscle-flexing principal, that he’ll find her stolen wrestling trophy, provide her with a worthy opponent for the bout of the century, and clear his name from the dreaded “bad behavior” list, what could go wrong? Given Russell’s reputation and luck, plenty!

Another spectacular silly story from the master of 4th-grade humor, Denys Cazet. His wry, droll tone gives Russell an irresistible voice as he tries to keep himself and his friends out of trouble, though rumor has it, that’s impossible!