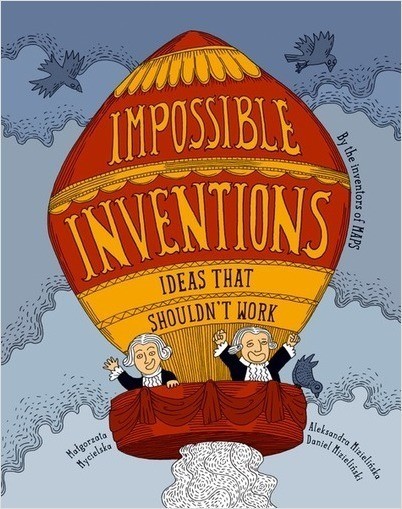 A funky and fascinating collection of ideas, patents, and plans.

When Leonardo da Vinci, over five hundred years ago, invented the tank, car, helicopter, glider, parachute, submarine, elevator, and telescope, he was considered a dreamer. Or even crazy. Today he is understood to be a genius, ahead of his time.

This book collects ancient and modern inventions. Some are revolutionary, others comical, others simply impossible. But each testifies to the extraordinary imagination of its inventor. You’ll find a flying bicycle, a bubble telegraph, passenger clouds and passenger birds, mechanical chess players, a water clock, a concentration hood, and many more incredible ideas.