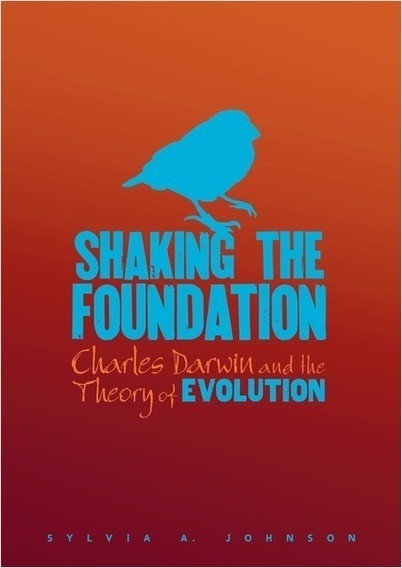 “I cannot think that the world, as we see it, is the result of chance; & yet I cannot look at each separate thing as the result of design.” English naturalist Charles Darwin wrote this in 1860, a year after publishing his theory of evolution. His words show the personal struggle of a man forced by his own observations to answer the fundamental question—Where do we come from?—in a revolutionary new way.

Darwin’s internal battle reflects a broader public struggle—the attempt to reconcile scientific fact with religious faith. Shaking the Foundation: Charles Darwin and the Theory of Evolution follows this battle, from the supporting theories of fellow scientists, to the opposing voices of clergymen, to twenty-first-century supporters of Intelligent Design. Through quotations from letters and other contemporary sources, you’ll meet the personalities and ideas involved in the debate. You’ll also examine some of the legal cases that brought evolution into the U.S. courtroom. These cases include the famous Scopes trial in 1925 and the Kitzmiller v. Dover Area School District case in 2005, which tested a school policy requiring the teaching of Intelligent Design. Through these and other debates, you’ll learn more about the struggle over one of life’s most profound questions.