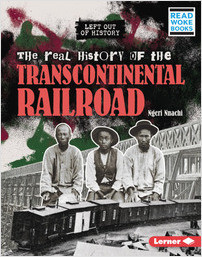 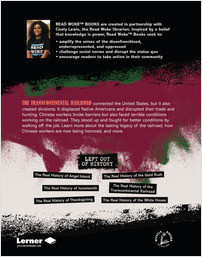 The Real History of the Transcontinental Railroad

From the Series Left Out of History (Read Woke ™ Books)

There is more to the history of the railroads than connecting the eastern United States to the western ones. Most of the workers were of Chinese descent and were treated unfairly. Learn how workers protested for better treatment.

Have you ever considered what’s missing from history books? In Left Out of History, explore the misunderstood and underexamined past in this engaging series. Compelling photographs and primary sources help bring previously buried history to light.