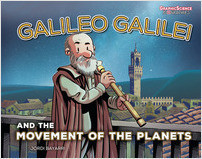 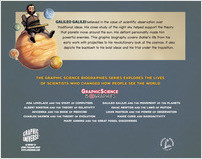 Galileo Galilei and the Movement of the Planets

From the Series Graphic Science Biographies

Galileo Galilei believed in the power of scientific observation over traditional ideas. His close study of the night sky helped support the theory that planets move around the sun. His defiant personality made him powerful enemies. This graphic biography covers Galilei’s life from his early work with projectiles to his revolutionary look at the cosmos. It also depicts the backlash to his bold ideas and his trial under the Inquisition.

Jordi Bayarri is a freelance comic-book artist based in Valencia, Spain.