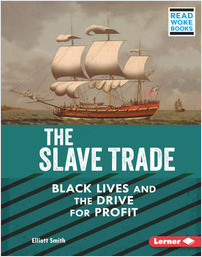 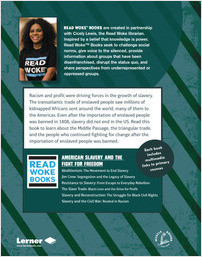 Black Lives and the Drive for Profit

“An important purchase for those who want to broaden the perspectives in their American History collection.”—School Library Journal

American Slavery and the Fight for Freedom (Read Woke ™ Books)

This study of slavery in America balances accounts of oppression with true stories of resistance and resilience, centering on the voices of enslaved people. Page Plus QR codes link readers to primary source recordings from the Voices Remembering Slavery collection at the Library of… View available downloads → 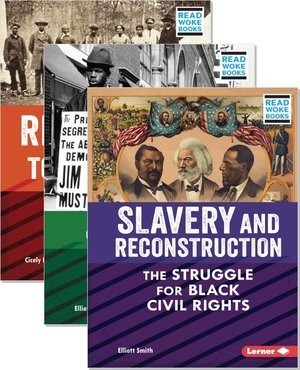 American Slavery and the Fight for Freedom (Read Woke ™ Books) —…