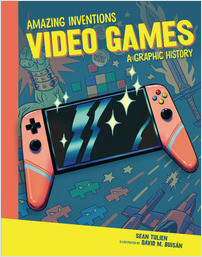 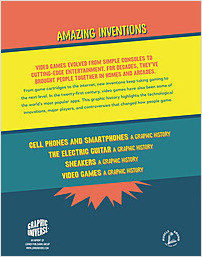 From the Series Amazing Inventions

Video games evolved over decades from simple consoles to cutting-edge entertainment in homes and arcades. In the twenty-first century, they’ve also become some of the world’s most popular apps. Find out more about the technological innovations, major players, and controversies that have made video-game history. And from the role of game cartridges to the power of the internet, learn how new inventions keep taking gaming to the next level.

“The graphic novel format and choice of high interest topics will keep these books in constant circulation.”—School Library Journal

Sean Tulien is a writer and editor from Minneapolis, Minnesota. He loves writing about playful characters, underdogs, and nerd culture—and has a soft spot for animals of all kinds. When he's not writing comics for kids, Sean enjoys reading, hiking, lifting heavy things, spoiling his rescue rabbit, and beating ultra-difficult video games.

David M. Buisán is an illustrator and lives in Barcelona, Spain. After completing his studies in Fine Arts, he has collaborated with various publications, such as Vogue, Squire, Variety, L'Officiel, and The Guardian. He is a regular contributor to editorial projects, highlighting his participation in the Doctor Who franchise and in Star Wars: Adventures in Wild Space, published in the USA, UK, Spain, Germany, and France. 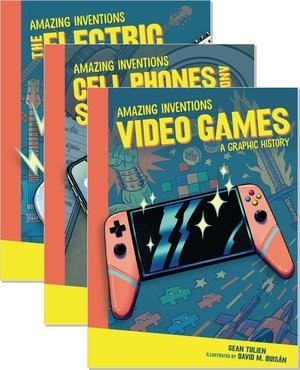