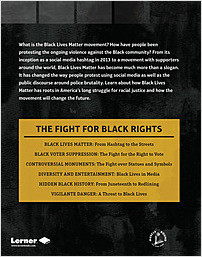 From Hashtag to the Streets

From the Series The Fight for Black Rights (Alternator Books ®)

“[E]asy to read and a plethora of colorful photos help readers connect with the text. A well-written and beautiful series that brings life to the fight for Black rights.”—School Library Journal

“Discussing issues of great importance, the Fight for Black Rights series traces Black Americans’ past and ongoing struggles for civil rights and equality . . . A well-organized and timely series.”—Booklist

Dr. Artika Tyner is a passionate educator, award-winning author, a civil rights attorney, a sought-after speaker, and an advocate for justice. She lives in Minneapolis, Minnesota and is the founder of the Planting People Growing Justice Leadership Institute. 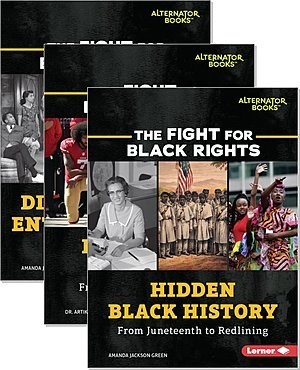