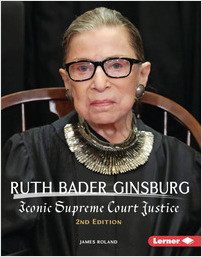 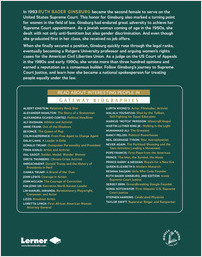 In 1993 Ruth Bader Ginsburg became the second female justice to serve on the United States Supreme Court. This honor for Ginsburg also marked a turning point for women in the field of law. Ginsburg had endured great adversity to achieve her Supreme Court appointment. As a Jewish woman coming of age in the 1950s, she dealt with not only anti-Semitism but also gender discrimination. And even though she graduated first in her class, she received no job offers.

When she finally secured a position, Ginsburg quickly rose through the legal ranks, eventually becoming a Rutgers University professor and arguing women’s rights cases for the American Civil Liberties Union. As a judge on the US Court of Appeals in the 1980s and early 1990s, she wrote more than three hundred opinions and earned a reputation as a consensus builder. Follow Ginsburg’s journey to Supreme Court Justice, and learn how she advocated for treating people equally under the law until her death in 2020. 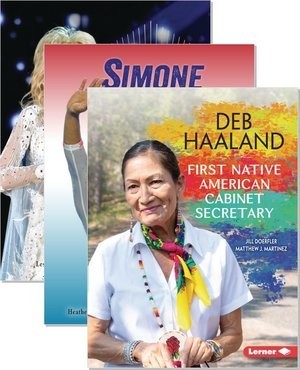