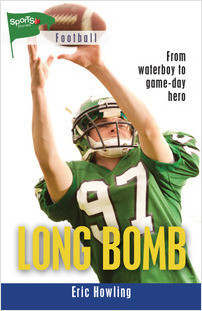 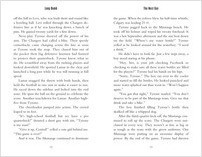 Ed used to dream of being a receiver. At fourteen, Ed wishes he could play for his High Mustangs team—but he worries that he’s too tall and too skinny. Tyrone, the quarterback, teases Ed about his build, and his crush on Tyrone’s girlfriend Zara and one day at practice throws a ball at Ed’s head. Ed’s instincts kick in and he makes the catch! Ed joins the team as back-up receiver, but Tyrone won’t pass to Ed. The big game against their rival team leaves Ed wondering if Tyrone will throw to him, and if he does, can Ed catch a pass and make his dreams of being a football hero come true? Follow the action in this adventurous high/low middle grade story.